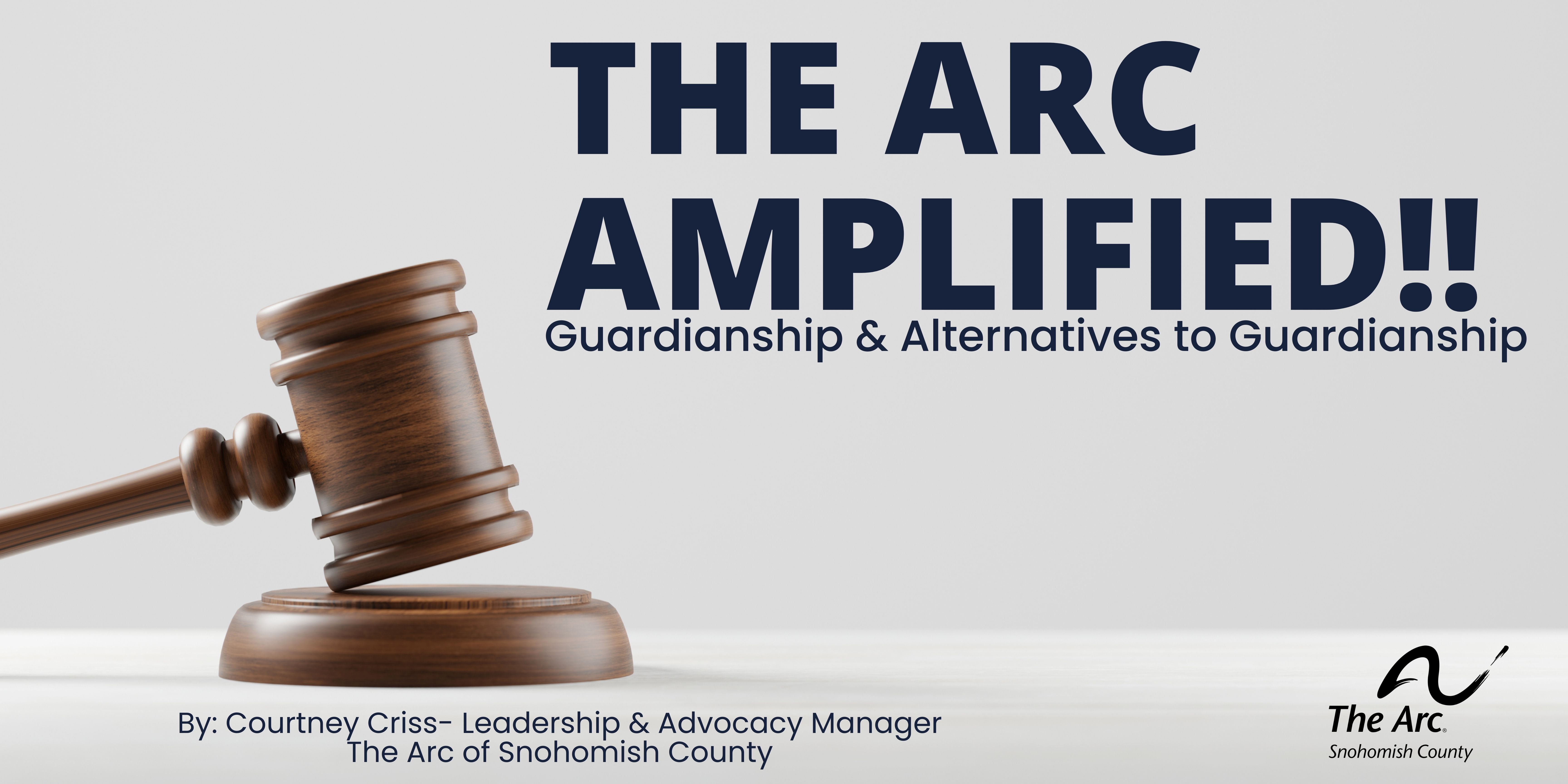 How are caregivers in Snohomish County of adult individuals finding what works best for them?  Here are stories of three parent caregivers in our community who have adult children with intellectual/developmental disabilities.  Names have been changed to protect their privacy.

Mary is the mother of an adult with autism who lives in supported housing.  She believed from a young age that her daughter would need full guardianship and she wanted to be her guardian.  She started the process a few months before her daughter’s 18th birthday.  She was able to file the papers without an attorney (pro se) with a friend’s help.  “My daughter’s guardian at litum [now called ‘court visitor’] was wonderful;  she came to our home.  There was no need to be concerned.  And she helped us understand the next steps.  She was also there in courtroom.”

Mary now uses a lawyer to keep track of Court dates and reports.  She is required to report to the Court every three years.  The last report was 2021 before the reporting rules changed.  She has been educating herself about the new requirements and has the reporting forms ready to go.  She feels prepared for next reporting year.  She is confident in her record keeping skills:  keeps every receipt and staples them to her monthly statements  For example, when Mary buys clothing for her daughter, she keeps the receipt and files right away.  Her advice is to not let the paperwork build up.  Mary is also her daughter’s representative payee for SSI.  Her daughter has an Arc endowment trust which sends quarterly updates and a few disbursements come out of that.  The Court wants to see a plan of care and financial plan but the questions are still basic.

Sarah is the mother of a young man with autism who lives with her.  He works a few days a week getting there by riding his bike or the dart bus.  In his spare time, he makes detailed travel plans for him and his family.

A few years ago, Sarah applied for guardianship of person and estate soon after her son turned 18.  She used a local lawyer that she met through The Arc who walked the family through all the steps and answered all their questions.  The attorney made sure the process was on schedule, timely acquired all necessary documents, and walked the family through the steps answering questions along the way.  A guardian ad litum (now called a court visitor) was assigned and after meeting with Sarah’s son, made a recommendation to the court.

At the hearing, the judge spoke directly to family and reiterated the fiduciary responsibilities of taking care of their loved one.  The guardian needs to know that the child is not a child anymore but an adult.  Sarah now makes decisions for son regarding employment, finances, relationships, housing, medical records, and consents for medical treatment.  Her son’s input is strongly taken into her consideration and he retains his right to vote.  Review of the guardianship at first was set up annually.  Once the Court was satisfied at how the guardianship is managed, a review was set for every three years.  Sarah hopes that one day in the future, one of her other children will become his guardian so she keeps the whole family involved.

Kylie’s son experiences autism.  Her son has the ability to make choices, communicate his needs and wants and to effectively advocate for himself.  He has a history of making good decisions, with support.  When he turned 18, she chose not to petition for guardianship.  Guardianship would terminate his rights.  Their goal is for him to live his best life, as independently as possible. Instead of guardianship, her son granted his parents power of attorney.  This allows him to still be in charge of his life and still receive support.  Guardianship can be petitioned later if needed.

As her son was growing up, Kylie thought that she would need to petition for guardianship when her son became an adult.  After attending Arc educational seminars about guardianship, she learned there were other options available.  With an attorney's help, they set up two separate powers of attorney, one for financial decisions and the other for healthcare decisions.  She and her husband also met to work on estate planning and set up a special needs trust.

Protecting your loved one with a disability can be accomplished in a variety of ways.  The Arc of Snohomish County is hosting a seminar about guardianship and other protective arrangements on Wednesday, Oct 19 at 11am.  Register for this event.

The Arc office is open by appointment only