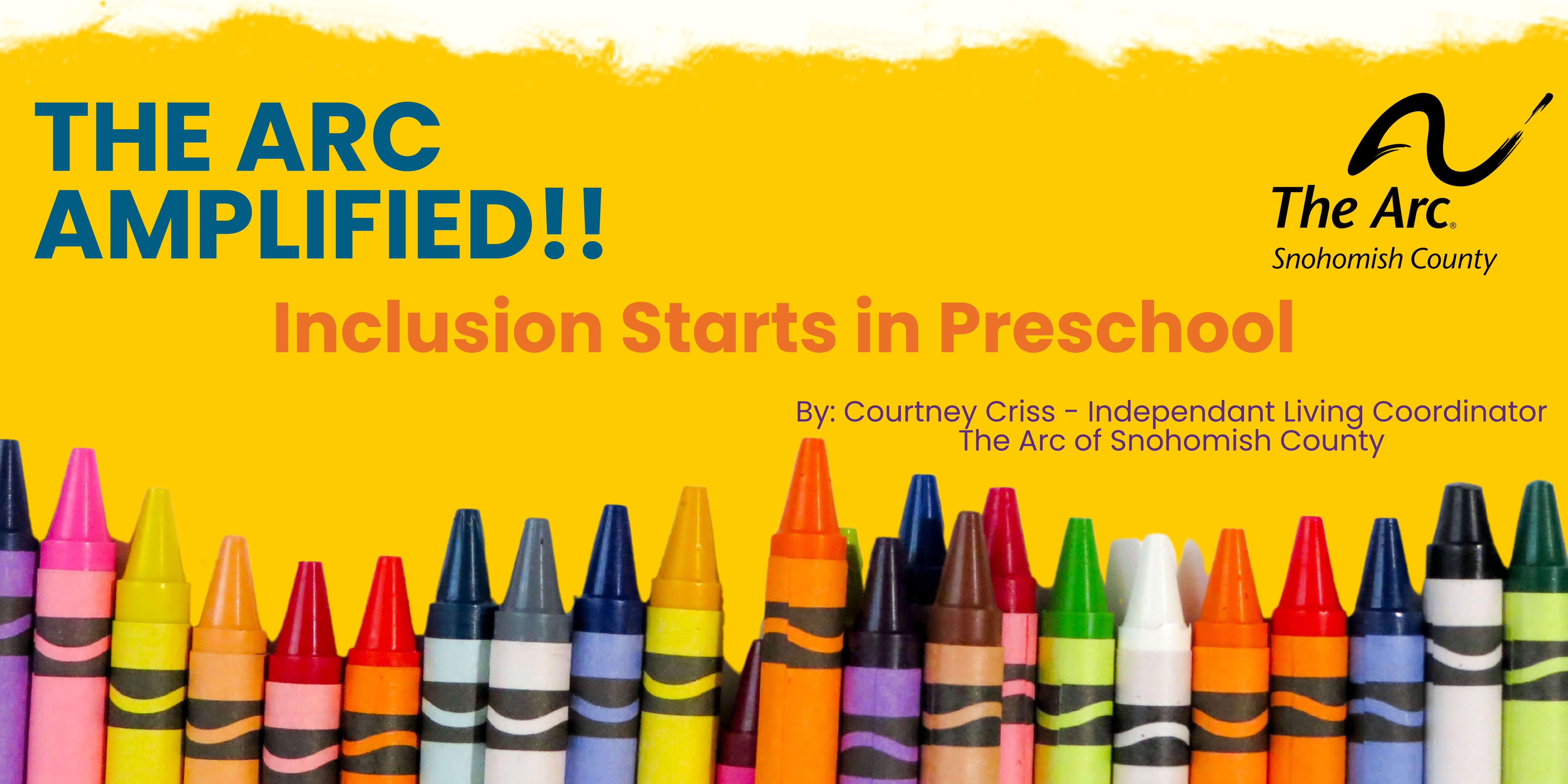 I believe in inclusion in every part of society.  I have four children, two of them have Down syndrome.  They have a right to be and should be fully included in school, church, stores, activities, employment, housing, medical and therapy clinics, etc.  And it should be “normal” to be included.  Every party of society and our community should include the same percentage of the population that is disabled:  1 in 4.  Disability Impacts All of Us Infographic | CDC  That is the only way we, the non-disabled, will see how normal disability is.  When differences are included in ideas, progress is made for the better.  A simple example is ramps on sidewalks.  Originally created for people using wheelchairs, it also benefits caregivers pushing strollers, kids on bicycles and scooters, and runners who want to avoid tripping hazards.  Additionally when disability is normalized, it is less feared.  Honestly, I was terrified when my son received a diagnosis of Down syndrome when he was four days old.  I didn’t know anything about Down syndrome;  I didn’t know anyone who had Down syndrome.  I remembered at school those with Down syndrome and other intellectual and developmental disabilities were mainly kept in a classroom at the far end of school and regrettably I kept my head down when I passed them.  If I had been educated alongside students with disabilities (all kinds), I can only assume receiving the diagnosis would have been more positive.

Most importantly, children with disabilities learn better when they are taught alongside children without disabilities.  7 NEW Research Studies to Help You Win the Fight for Inclusion – Inclusion Evolution Study after study shows this and there are no studies that show separation or segregation is beneficial.  Students learn with and are motivated by their peers.  My son with Down syndrome will join an activity when invited by a friend or his sibling more often than he will by an adult.  Don’t we all feel happier and more valued when we are intentionally included?

When my son was in preschool, the only option that I understood was available to him was developmental preschool.  So that’s where he went for nearly three years.  And it was great; don’t get me wrong but I didn’t know that he could have been with general education students.  Before the IEP meeting at the end of preschool, preparing for him to enter kindergarten that fall, the preschool principal encouraged me to tour the segregated “life skills” program at a school on the other side of town and the general education kindergarten at our neighborhood school.  The “life skills” program touted their low student to teacher ratio and individually paced curriculum.  I observed the young students quietly working with paraeducators one-on-one or with tablets.  I didn’t hear any of them talk.  They seemed content but isolated from the rest of the school.

The next day I toured the kindergarten with my typically developing three year old daughter because she happened to be home with me.  I saw a large, busy, loud class reading and playing.  The walls were decorated with artwork and short writings.  It was intimidating to see the quality of work but I kept in mind that it was May and these young students had had nearly a full year of kindergarten education already.  The classroom had a private ensuite restroom.  It was in close proximity to the playground.  The children were unabashedly friendly and excited to see me and immediately asked my little girl to join a reading group.  My son with Down syndrome was just blossoming in speech, had barely started potty training, and couldn’t write his name yet but with the proper supports and assistance I knew he would thrive there.  To be honest, I already had chosen our neighborhood school before I toured each;  the tour only solidified and bolstered my decision.

Next month my youngest daughter who also has Down syndrome will transition from ESIT (Early Support for Infants and Toddlers) program to the preschool in our school district.  We recently had our first transition meeting with a District representative who explained the placement options within the school building:

The United States Department of Education published a “Dear Colleague” letter in 2012 and affirmed in 2017 reiterating that the least restrictive environment (LRE) requirements in section 612(a)(5) of the Individuals with Disabilities Education Act (IDEA) apply to the placement of preschool children with disabilities. Dear Colleague Letter (DCL) related to Preschool Least Restrictive Environments (LRE) (PDF) That means preschool children with disabilities have the right to be educated in the same classroom as preschool children without disabilities in a regular class.  A regular class includes Head Start, kindergarten, private kindergartens or preschools, group child development centers or child care, and “preschool classes offered to an eligible pre-kindergarten population by the public school system” which in WA state is ECEAP.  If there is no public preschool in the district, then the district can pay for the student to attend a kindergarten class, private preschool, or community-based child care facility.

The ideals in the “Dear Colleague” letter were applied locally in early 2020 when a parent in the Tacoma School District filed a Special Education Citizen Complaint on behalf of the parent’s child, a student who turned three years old during the 2019-2020 school year and was eligible for special education services and therapies.  SECC 20-32 Decision (www.k12.wa.us) The decision clarifies that if a child turns three years old during the school year and has a developmental disability, the child is eligible for an ECEAP class, setting aside income requirements.  (Eligibility requirements are also published on the DCYF website:  ECEAP & Head Start | Washington State Department of Children, Youth, and Families)

That means that even though we don’t qualify with our income (although with four kids and a mortgage that is higher than I’d like to admit), my little girl can be included in a regular class at public preschool.

Our next step is the evaluation testing process to determine if she qualifies for speech, occupational and physical therapies and specially designed instruction which I am almost certain she will.  And then write up some goals and accommodations to support her success in the regular preschool classroom.  Since goals drive placement, we will write goals that make the most sense being worked on in the regular classroom.

The Arc office is open by appointment only